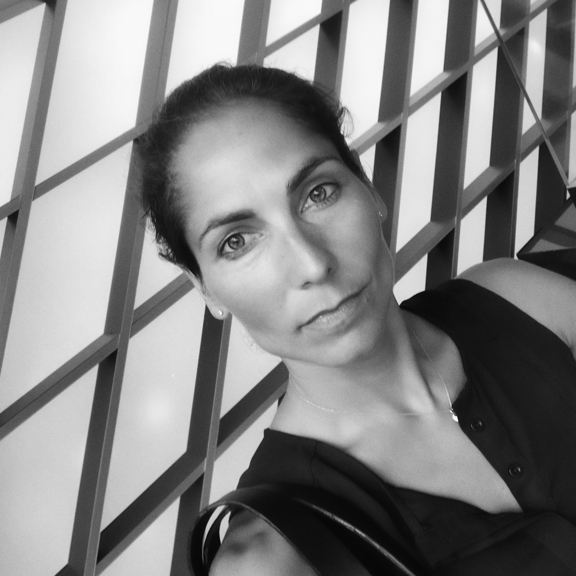 Tia Bouman was born in Beckley, West Virginia. Her German father and Iranian mother were drawn to the Mountain State by the back-to-land movement. Raised on a farm, Tia was home-schooled until seventh grade. When she was nine, her parents sent her to Germany to attend school for a year so that she could become proficient in another language. She attended high school at the Westtown Quaker Boarding School in Pennsylvania.

Tia attended the College of Santa Fe, New Mexico, and studied art and psychology. Aware that her art was highly mathematical and symmetrical, she realized that her true calling was architecture, so she transferred to Pratt Institute in New York City and graduated with a BA in Architecture in 2006. She was awarded the Henry Adams Award for Highest GPA and senior thesis project award.

Tia worked for Slade Architecture in New York until 2008, then went to Afghanistan to work with a design/build firm that did projects with the US Army Corp of Engineers. Quickly she received an offer from Montage Inc. to work in Nigeria as the on-site architectural liaison, renovating the US Consulate of Lagos. Completing this project, she was ready to return to her mountain home.  Over the next six years, Tia and her family purchased and renovated a bank building in Lewisburg, WV which was built in 1897. While overseeing the renovations Tia, interned for Ed Roach Architecture.

She first worked with Seven Rivers on a project in Summers County, and soon discovered a shared aesthetic and environmental consciousness. That project led to others, and several years ago she joined Seven Rivers as lead designer.